Give back to those fighting childhood cancer. 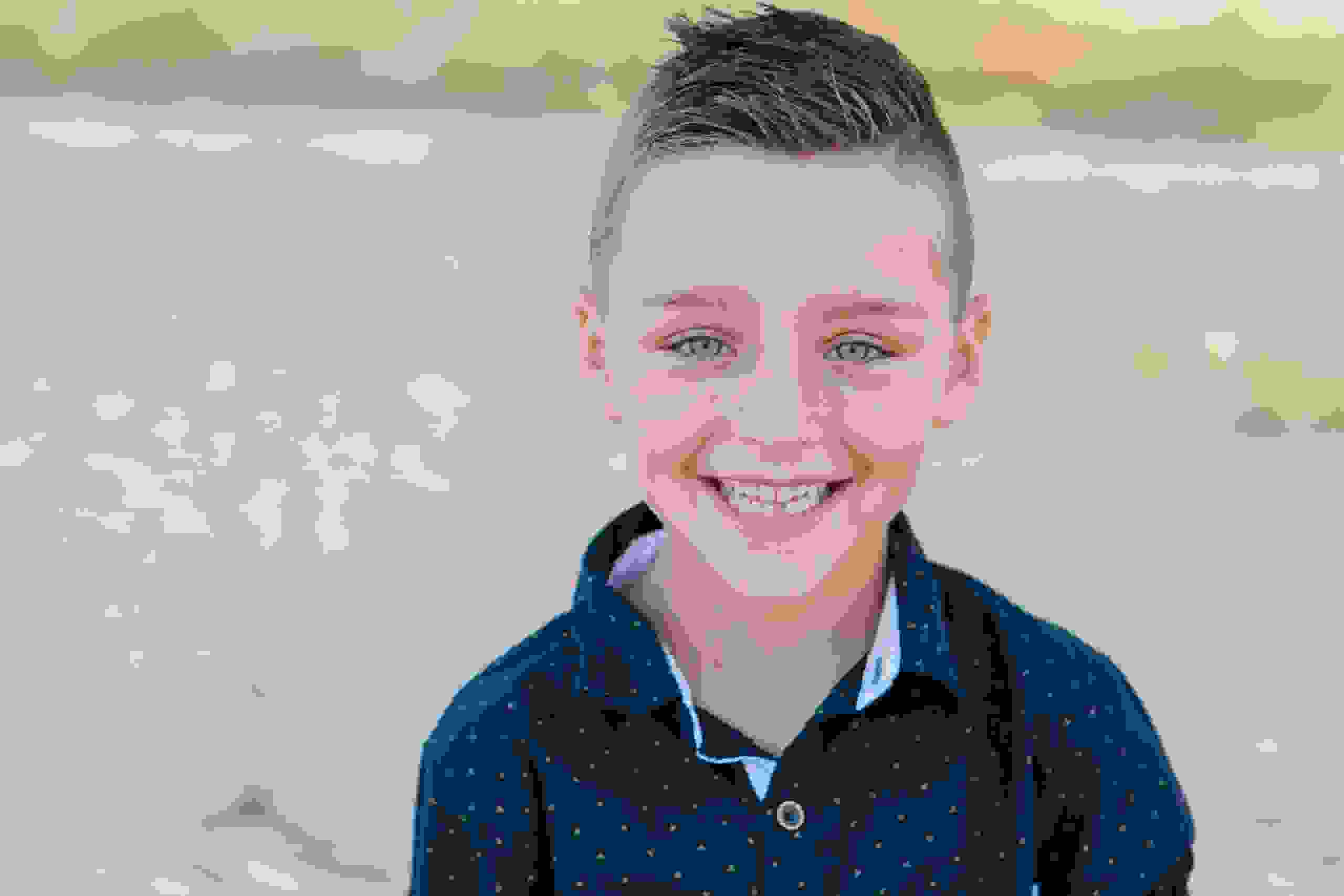 nixon's story & how we got started

He is our WHY and our purpose behind the NixonStrong Foundation. This is his story. Nixon was diagnosed with osteosarcoma cancer in February of 2018. Before he was diagnosed Nixon was a super happy energetic athletic kid who loved to play sports, play with his 3 brothers, build legos, and had the imagination of the most creative person on earth. Nixon loved to play football, baseball, soccer and basketball. He was currently playing basketball and started to complain about his leg hurting. Initially we didn't think much about it. We chalked it up to growing pains as the pain would come on sporadically and usually in the middle of the night. This went on for about 3 weeks, but within that time the pain continued to get worse and was getting to the point were it affected Nixon's mood and was enough pain to make him cry, which wasn't something Nixon did much of. So, we decided to take him in to see his pediatrician.

The day we took Nixon into see his pediatrician was the day that his life and our live changed forever. His doctor took some standard x-rays, but they were anything but standard. The doctor told Janessa, Nixon's mom, that there was something concerning in Nixon's bone in his femur where Nixon had been complaining of leg pain. He thought that what he saw in the x-ray was a tumor. He decided it would be best to refer Nixon's x-rays to be looked at by Primary Children's Hospital in Salt Lake City, UT, which he did. Within 24 hours our lives had dramatically changed!

We went up to the hospital that evening to meet with an oncologist (cancer doctor), which we both thought seemed strange still hoping that this was not something so severe and would be ruled out as something else. However, that was not the case. We ended up getting an MRI and CT scans that evening and also had a surgery scheduled for the next day to take a biopsy of the tumor in the bone to find out exactly what kind of cancer it could potentially be, and if it was malignant. From there our world changed forever. We would later conclude that Nixon was fighting for his life! He was diagnosed with Osteosarcoma and would need his left femur removed. Amputated, or another kind of procedure called a rotationplasty. We chose a rotationplasty for Nixon. A rotationplasty is when they cut and remove part of the femur and then use the tibia and fibula as the femur with the foot and ankle acting as the knee. Not only would Nixon have to go under this extensive surgery that would require him to learn how to walk and run all over again, he would also have to go under extensive rounds of chemotherapy treatment.

This is where the battle started and this is the journey that Nixon has been on since February of 2018. Nixon has fought and fought and continues to fight, but the scars of cancer will and cannot ever be erased. They are both physical and mental and will always be there. Cancer is something that effects not only the patient, but those around them too. Cancer and the impact it has made on our family and the lives of those that love and care about us and Nixon have forever changed us.

One thing is certain we have not fought alone. The incredible amount of love, support, and kindness by so many in our community and throughout the world have helped ease our burden and brought a smile to Nixon in times of challenge and difficult. It is because of this that we knew we had to do more too. We knew that we needed to help those fighting and give back in whatever way we could to those kids battling the impossible of cancer. It was Nixon's dream and is a legacy to him to start the NixonStrong Foundation. It is our hope is that we can make a difference in families and children going through their own fight and battle with cancer by providing financial assistance, as well as making kids dreams come true in whatever way we can. This is our cause and this is our WHY for the NixonStrong Foundation. Our fight for these kids and their families will always go on as long as there is "C" we will be there helping fight for their life, helping them find light and a smile in their journey.

Cancer and the impact it has made on our family and the lives of those that love and care about us and Nixon have forever changed us. Our hope is that we can make a difference in families and children going through their own fight and battle with cancer by providing financial assistance, as well as making kids dreams come true in whatever way we can. This is our cause and this is our WHY for the NixonStrong Foundation.

Nixon's Wish to start a nonprofit and give back to other kids with cancer.

Our team is made up of the best volunteers who are deeply committed to making the lives of these children better in any way that we can.

Our mission is to make a difference for children and families fighting their battle with childhood cancer by providing hope though financial assistance, making kids dreams come true from wish trips and providing prosthetics to those children who have lost limbs due to cancer.

Your support and contributions will enable us to help children and their families fighting cancer. Your generous donation will fund our mission and help make a child smile.